Manny Abrams is a founding member of the New Philharmonia and recently celebrated his 98th birthday! Some New Phil members, neighbors, family, and friends gathered to celebrate Manny’s 98th with a surprise rendition of Happy Birthday performed in his driveway last weekend. Manny gleefully thanked the party goers as he accepted his flowers and cards, wandering down the drive to hug his orchestral colleagues and friends. As the crowd dispersed he shared a moment with New Phil’s second oldest member Bill Holman, who turned 90 last month. He thanked him for coming and asked, “Come back for my 100th?” to which Bill replied, “Only if you come to mine.”

Happy Birthday, Manny and thank you to Manny’s family for helping us organize such a lovely surprise on short notice! 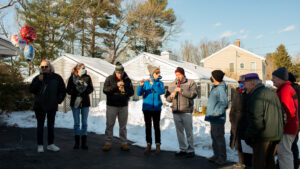 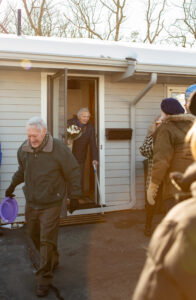 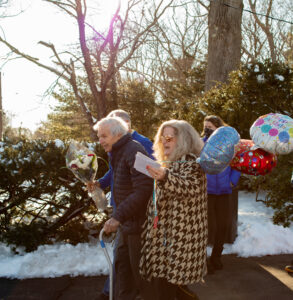 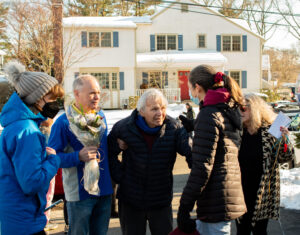 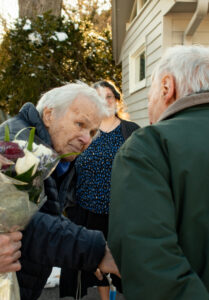 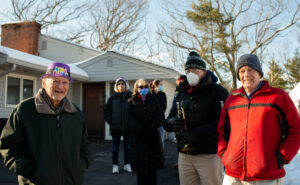 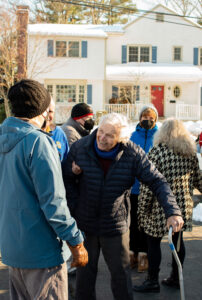