Since the onset of COVID lockdown, which necessitated a performance hiatus, the New Phil and its players has benefited from the leadership of our Artistic Partners among others. They have played an important role in encouraging the playing and development for our musicians during this otherwise quiet period. The winds have been led by Amanda Hardy, a Newton resident and oboist with deep ties to New England; Jason Snider, a Boston Symphony horn player has led the brass, and Richard Flanagan, a highly experienced free lance percussionist has led the percussion section.

Amanda Hardy, oboe, joined the Portland (Maine) Symphony Orchestra as principal oboe in November 2013 where she occupies the Clinton Graffam Chair. As a recipient of the the Gillet Scholarship and Tourjée Alumni Scholarship Award, Amanda studied with BSO principal oboist John Ferrillo at the New England Conservatory (NEC).  Amanda was winner of the 2010 Borromeo String Quartet Guest Artist Award Competition and also has appeared as soloist with the Boston Pops in Symphony Hall (2009), the NEC Bach Ensemble, the Drake Symphony Orchestra, and the Des Moines Youth Symphony at age sixteen. In 2006, she won the grand prize for Iowa’s Bill Riley Talent Search, giving her state-wide televised recognition. Recently, Amanda has been guest principal oboe with the Boston Pops, Boston Philharmonic, A Far Cry Chamber Orchestra, Emmanuel Music, and the Des Moines Symphony, and frequently plays with the Boston Symphony, the Boston Pops, and the Boston Pops Esplanade Orchestra.  She is on the faculty of New England Conservatory Preparatory School, teaches at Northeastern University, and has several years of private teaching experience on both oboe and piano.  Amanda holds a Bachelor of Music in oboe with a piano minor from Drake University and a Master of Music and Graduate Diploma from NEC. Previous festivals include the Masterworks Festival, the Aspen Music Festival and School, and Tanglewood Music Center in 2010 and 2011 where she was awarded the Mickey L. Hooten Memorial Award both summers.

Jason Snider, horn joined the Boston Symphony Orchestra and Boston Pops as fourth horn in 2007. Prior to that he held positions as second horn with Lyric Opera of Chicago and associate principal horn of the San Antonio Symphony. A native of Arkansas, Mr. Snider attended Northwestern University and performed with the Civic Orchestra of Chicago for two seasons. After graduating with honors, he earned his graduate degree at Rice University. Mr. Snider has performed with the Chicago and Houston symphony orchestras, Houston Grand Opera, the Chicago Chamber Musicians, the Boston Chamber Music Society, and Collage New Music. He has also played with such varied music festivals as Sun Valley, Grant Park, the Grand Tetons, the National Repertory Orchestra, the Pacific Music Festival in Japan, the Jerusalem International Symphony, and the Orquesta Sinfónica de Mineria in Mexico City. Currently on faculty at the New England Conservatory and Boston University, Mr. Snider teaches and performs regularly in recitals and master classes. 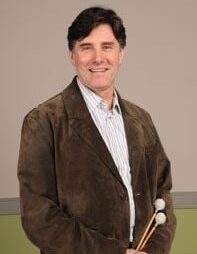 Richard Flanagan, percussion a highly sought after Boston area percussionist was born and raised in Staunton, VA.  Prior to coming to Boston for graduate work he studied at the University of Oklahoma where his teachers were Richard Gibson and K. Dean Walker.  His graduate work was at Boston University where he studied with Thomas Gauger and Charlie Smith of the Boston Symphony and followed his BU Master’s degree with postgraduate study with Alan Abel of the Philadelphia Orchestra.  For the last 30+ years Richard has been a frequent performer with the Boston Ballet Orchestra, Boston Lyric Opera, Boston Musica Viva, Boston Pops and the Boston Pops Esplanade Orchestra as well as a frequent sub with the Boston Symphony Orchestra.  He has been on the faculty of Berklee College of Music for many years and teaches privately as well on orchestral and rudimental snare drumming, marimba, xylophone, timpani and drum set.